Proctor's Theater, also known as Proctor's Palace and RKO Proctor's, a historic movie theater located in Yonkers, New York, on June 29 2020. Built between 1914-1916, the theater origininally operated as a vaudeville house, and then a movie theater, and eventual closed its doors in 1973. The building, which was subsequently converted to retail and office use, was added to the National Register of Historic Places in 2008. 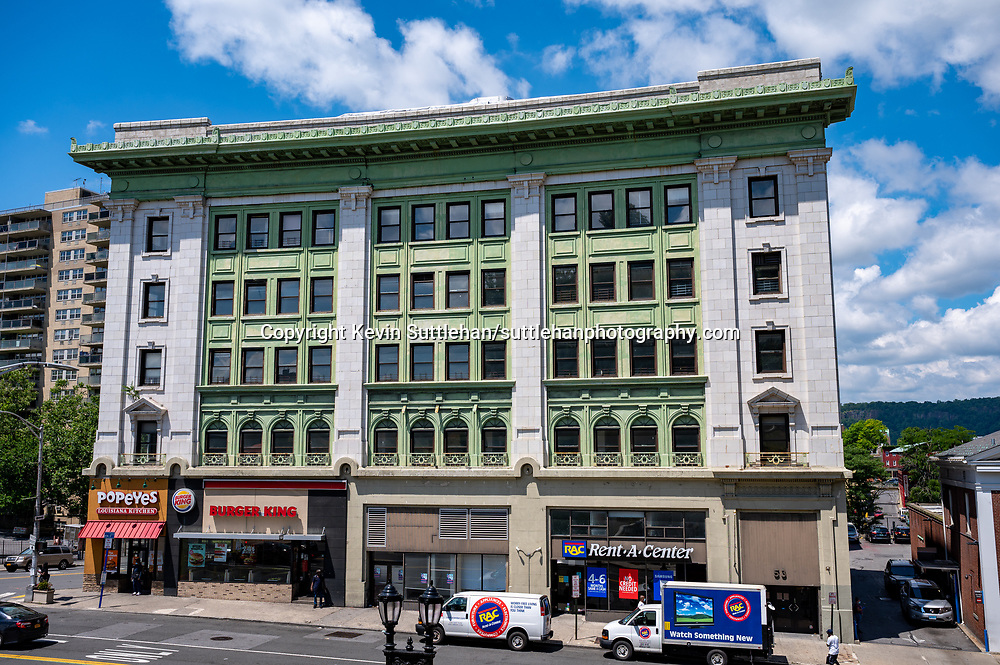